What Indigenous Communities should you be talking to? – Part 2

What Indigenous Communities should you be talking to? – Part 2

In my previous article “What Indigenous Communities should you be talking to?”, we discussed the following questions:

#1 – What First Nations should you talk to?

#2 – Are there Metis or Non-Status communities that can also demonstrate a similar, historical relationship to the land – and you must consider?

#3 – What Treaty or Treaties governs the Crown Land in question?

#4- Is the First Nation an active member of a “Treaty Organization” or is it an “Independent First Nation”?

Here we consider the last 4 of the questions and considerations that must be thought about by companies, municipalities, and financial institutions that need to work with First Nations.

#5- Is the First Nation a member of a “Tribal Council”?

#6- Is the First Nation primarily guided by its “traditions” in conducting its affairs?

Another important consideration is to think about whether a given First Nation is primarily guided by its “traditions” or not in conducting its affairs. This is not an easy question to answer. Two First Nations may be only 100 kilometres apart on a map, but may be very different in how they see themselves and how they make decisions. One First Nation may be primarily guided by “traditional beliefs” in making important decisions. Meanwhile, another First Nation nearly, maybe less influenced by traditional beliefs”, and more influenced by “modern experience”. Knowing how a given First Nation makes important decisions can be complicated.

#7 – What importance does a First Nation place on the experience, wisdom and knowledge of its “Elders” in making decisions?

Generally, First Nation communities, unlike so-called “modern contemporary society”—-place great value in the experience, wisdom, thoughts and ideas of “Elders” in their community. So even though there is an elected Chief and Council, many decisions are guided by the experience and wisdom of community Elders. In other First Nations decision-making primarily rests with the elected Chief and Council. If you want to develop a good working relationship with a given First Nation, it is important to consider the views and ideas of community Elders.

#8 – What is the “working history” of the Indigenous Communities?

Somewhat related to the concept of “traditions” is the question of what is a First Nation’s historical experience with the so-called “commercial world”. Just as cities like Hamilton and Ottawa are very different in terms of their “economic and social base”, the same is often true of First Nations. Some First Nations have a long history of involvement with the forest sector, or with one of the major railroads, or with commercial fishing—-while other First Nations have little or no such experience. Clearly, a company wanting to develop a working relationship with a given First Nation, or group of First Nations, needs to know the “working history” of the communities.

These are just some of the questions and considerations that must be thought about by companies, municipalities, and financial institutions that need to work with First Nations. There are many more questions, in addition to these examples. Equally, the thought processes that apply to working with First Nations will not always be identical in working with Metis or Non-Status communities. A word of general advice: Before spending significant sums on a given project, take the time to consider how important it is to develop a thoughtful strategy for working with Indigenous people, and what the individual steps will be to building a relationship based on integrity and trust. 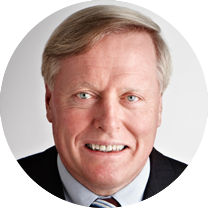